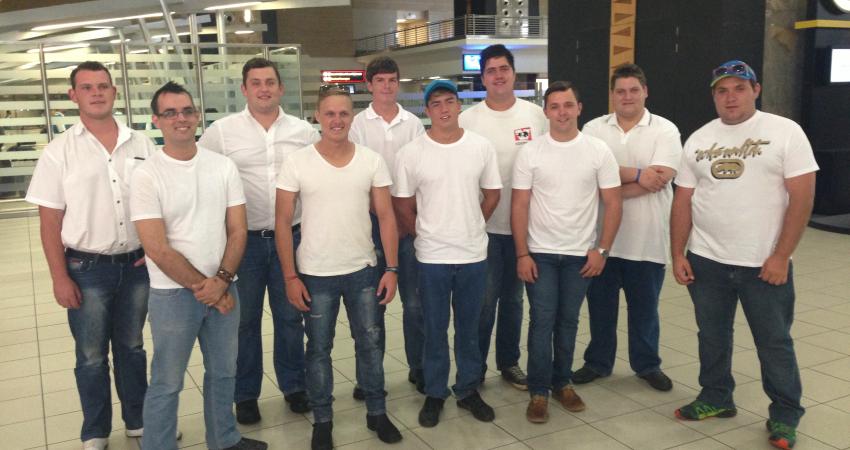 South African seasonal labor provider, A way to Explore (Pty) Ltd (A2X) was founded in 2002 by Renè Wegkamp and over the past 22 years have grown into the largest provider of South African seasonal labor to the United States. Qualifying Carnivals, Amusement parks, as well as Agricultural Farming operations, count on the Away2xplore group to provide them with carefully selected, competent English speaking H-2B and H-2A labor.

Established brands such as: Away2xplore.com, Jobsabroad.co.za,  A-2-X.com and Werkoorsee.com, specializing in the Agriculture market, are all part of a large and established recruitment network in South Africa, drawing thousands of applications from prospective applicants each year. Only qualifying applicants are invited for in depth, face to face job interviews, from which the best ones are selected. In depth evaluations and risk profiling, as well as pre-overseas employment orientation training take place at our head office and at over 25 branch locations all over South Africa.

The A2X group is strongly represented in all of the agricultural farming regions of South Africa, where it sources many quality recruits suitable for H-2A Farm employment and H-2B Carnival work alike. Resulting from evaluating large numbers of applications over the past 22 years, A2X has become the specialist in selecting the most suitable; Ride operators, Riggers, Admin personnel, Concession workers, Electricians, Diesel mechanics, Truck Drivers, Combine Harvester operators, Tractor drivers, Crop spray and Irrigation operators and general English speaking seasonal labor to name but a few.

Since 2002, A2X and Werkoorsee have created golden opportunities for thousands of South Africans working on Carnivals on the H2-B Visa program, but also as the preferred USA farm labor utilizing the H-2A visa program. The A2X group is also well known by all three of the US consulates in South Africa who issue the work visas and is further known as an established and reliable company, responsibly placing large numbers of South African labor at Carnivals and Farms in the United States.

Careful selection, Risk profiling, Pre-trip training of each prospective applicant helps ensure that the right individuals travel abroad. Those who are the most suitable for the job and work environment. Not only does their proficiency in English make South Africans popular abroad, but often their work ethic, common sense, polite manners and “can-do” attitude, combined with the fact that they are not scared of long hours and doing hard, physical work, combine to make South Africans the number one choice in competent foreign labor abroad.  Ultimately a happy worker and a happy employer is what we strive for, with minimal staff turnover per season.

The A2X group is strongly represented in all of the farming & industrial regions of South Africa, where it sources many quality recruits suitable for H-2A Farm employment and H-2B Carnival work alike.